Spotlight On: Reggio “The Hoofer”–Tap Dancer

Spotlight on:
Reggio “The Hoofer”

One of the reasons I love my store, Chicago Dance Supply, is that everyday, I get to visit with people who love to dance. Awhile back I got a chance to visit with Chicago’s own Reggio “The Hoofer”. The following is a glimpse of Reggio’s life in dance in (mostly) his own words. –Leni 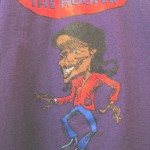 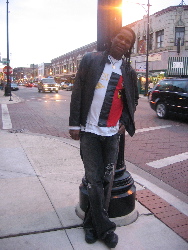 In second grade I saw my first dance show. There was one guy with all the girls! For me, it was love at first sight. I used to put bottle tops on the bottoms of my shoes. “Clacka, clacka clack!” (laughter). I grew up in Woodlawn at 63rd and King and Englewood. At 14, I dropped out of school and was a working musician. But that feeling of “I want to dance” never went away. I met a girl who took classes with Jimmy Payne, Sr.. I thought, this is what I want to learn: raw hoofing. I got a solid foundation. With Jimmy, you mastered the A-to-Z program. I learned the time step, the basics. I loved how it made me feel! Then I got ambitious. I took to the bars. People would be sitting there with their drinks scratching their heads. Because even though I learned the basics, but I performed the way I wanted. I’d be up there, clacka-clacka-clacka! (laughter)

In my early 20’s I went underground to State and Washington or State and Jackson. The subway is truly an underground world. I had to mentally prepare myself to go down. Down there, people would say anything: “Aw, man! You call that dancing? My uncle can do that!” (laughter) But that’s where I developed a more sincere connection with people and not just “look at me” dancing. Down there you got to know people including the pickpockets. Those guys would be down there everyday going to work just like everybody else. Down there, I learned how to perform because I saw right away what worked and what didn’t by how people reacted. For some, dance could be like a medicine. You could see how it changed them. You played a role in their day just by dancing.

All of a sudden, tap was popular again. Shows like 42nd Street, Sophisticated Lady and Cotton Club came out. Big department stores wanted me for their grand openings and agents called. I got out of the subway and took it to another level. I started teaching for Old Town School of Music and I developed a school program for Urban Gateways. One thing always leads to another and I’ve always felt blessed. Dance has been my guardian angel my whole life.